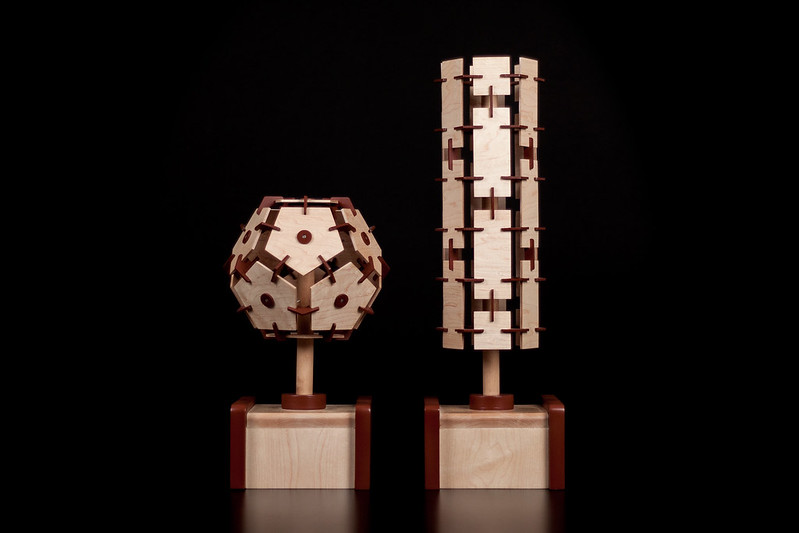 The Watchmen are a pair of interactive sculptures that generate sound based on changes in their surrounding environment. Heimdallr, inspired by a Norse god, monitors wifi signals while Argus, inspired by a Greek mythological figure, observes light.

For several years I’ve imagined a sculpture with a massive array of different sensors that processes the incoming data and then generates an abstract representation of it. In other words, a machine that simply observes the world with no use or function beyond that. This led to a series of explorations based on sensing and interpreting the world and finally to the two sculptures displayed here.

In Greek mythology, Argus Panoptes was an “all-seeing” giant, often represented with a hundred eyes. He was tasked by Hera to guard Io (in the form of a heifer) from Zeus who wanted to mate with her and establish a new order. Hermes, acting on orders from Zeus, lulled Argus to sleep and murdered him. In honor of her faithful servant, Hera adorned the peacock’s tail with one hundred eyes as an eternal memorial. 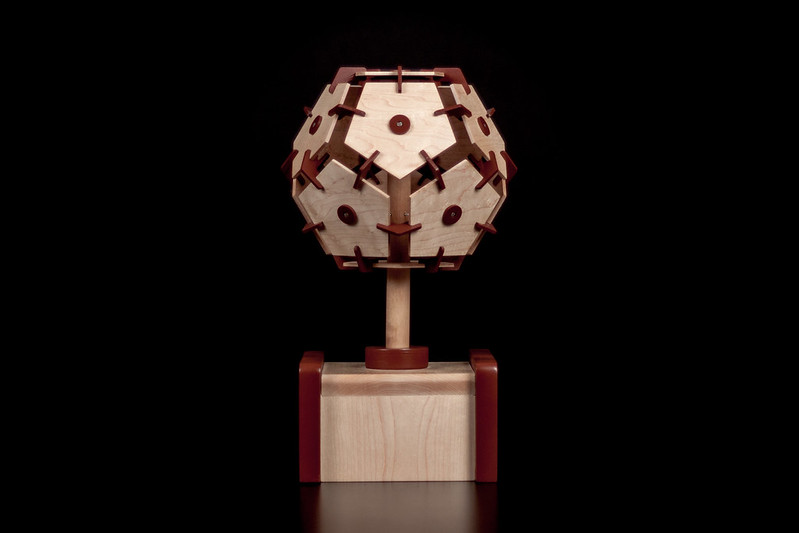 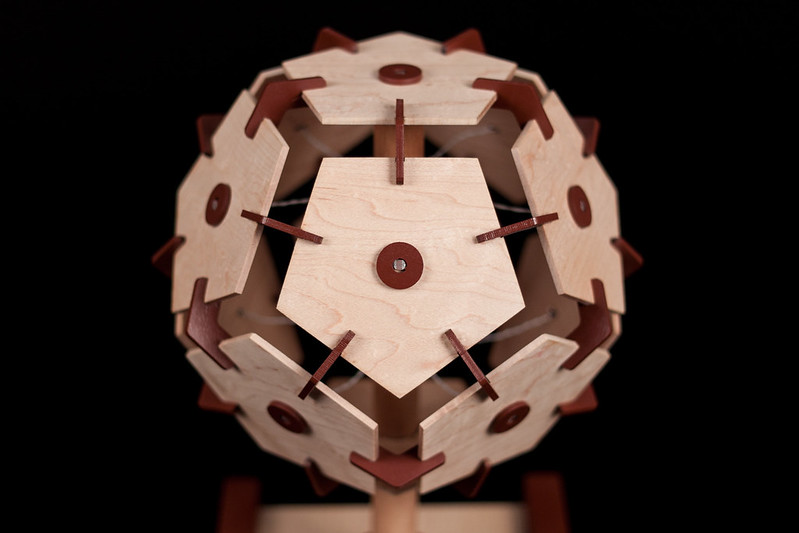 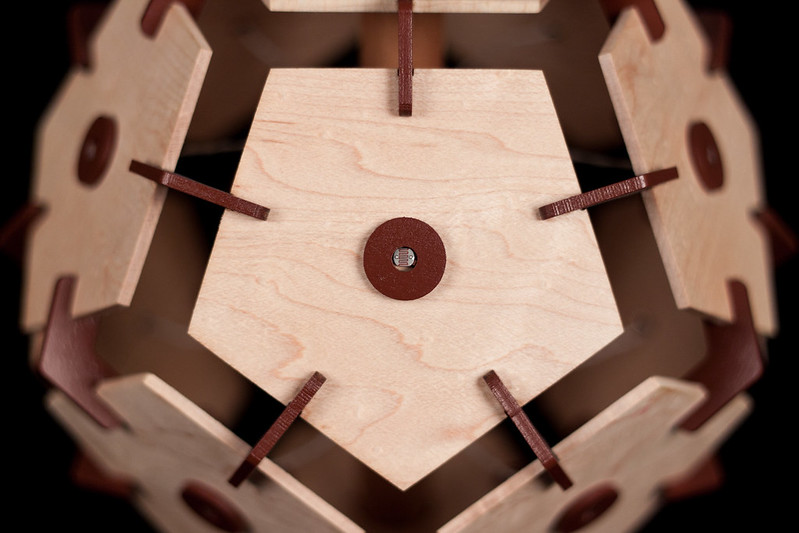 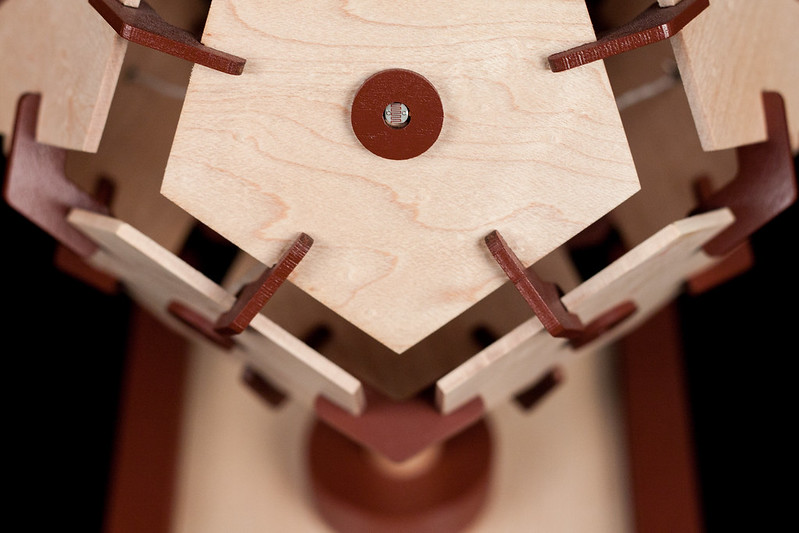 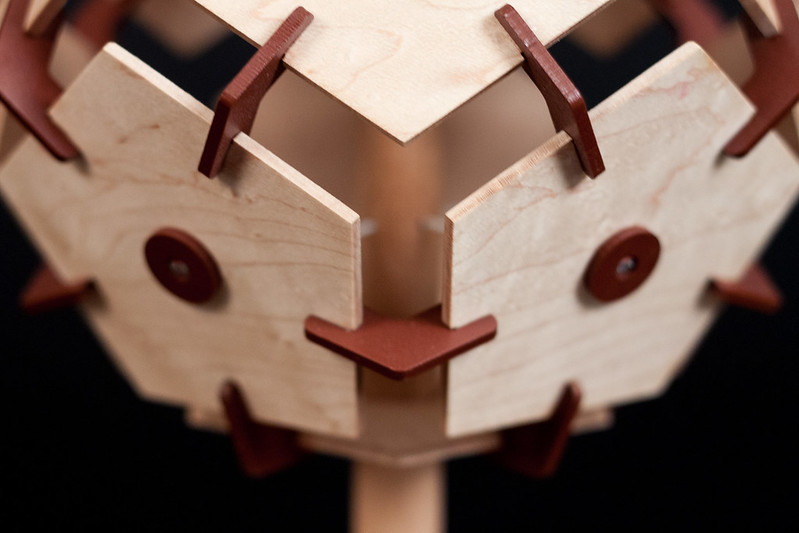 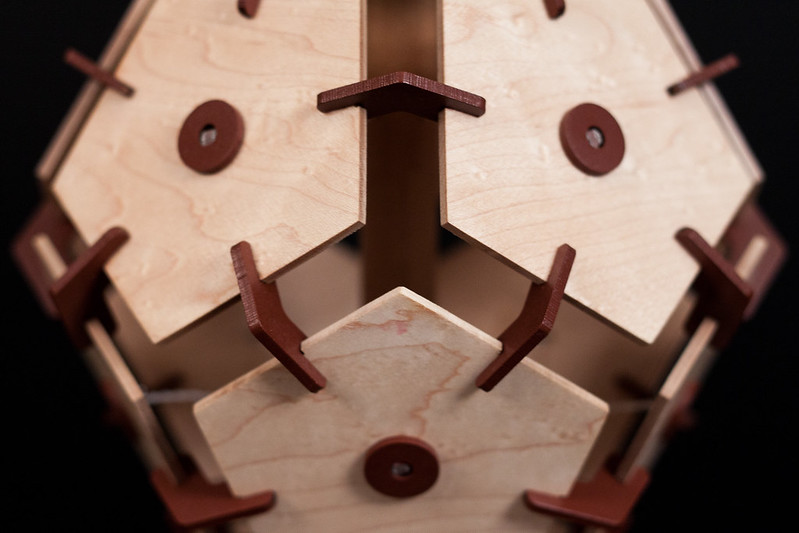 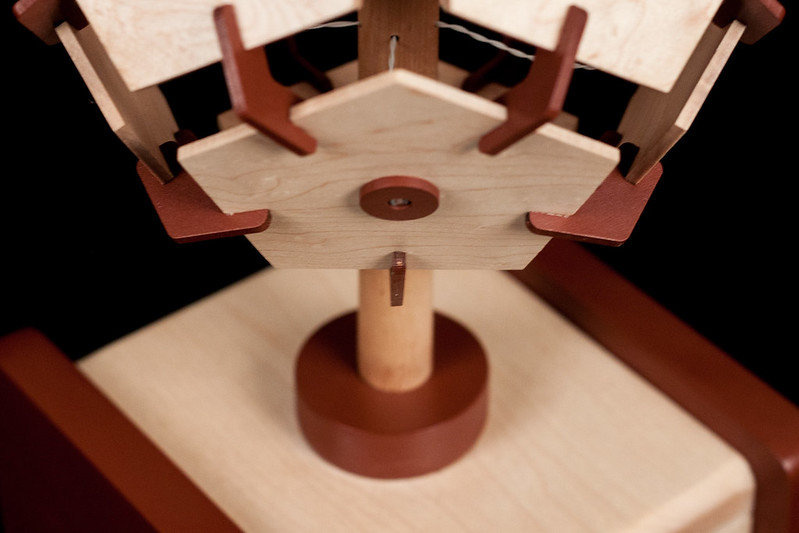 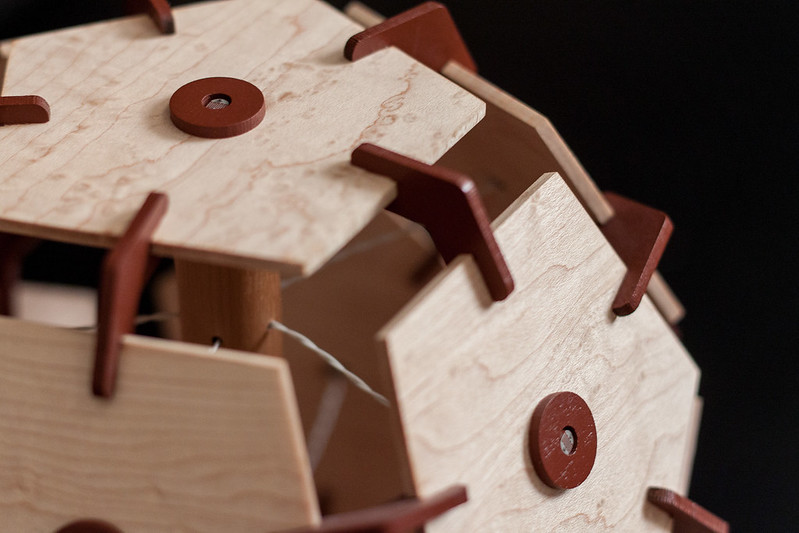 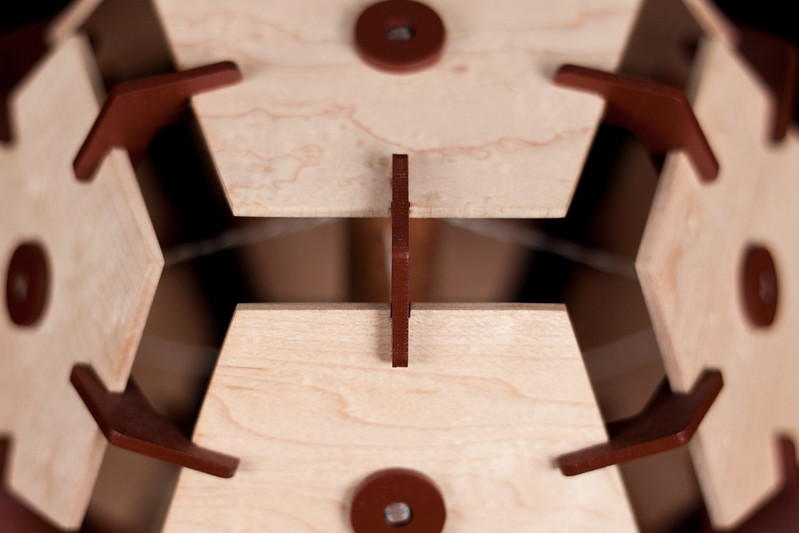 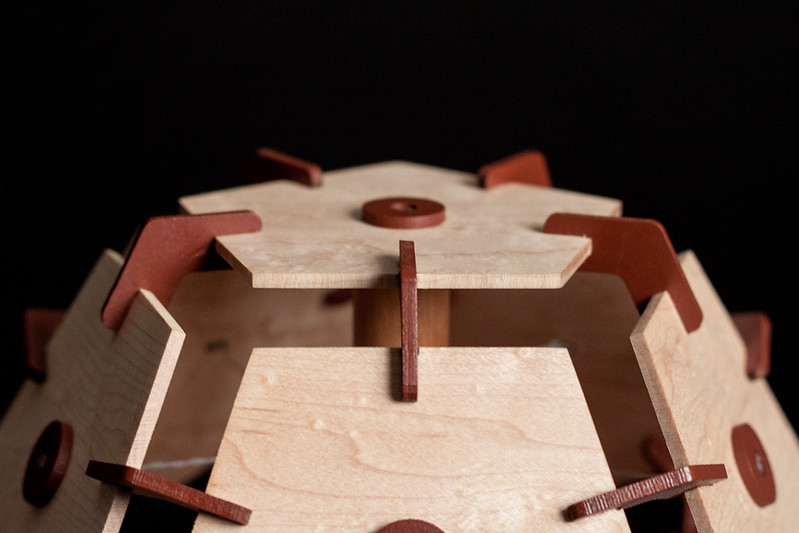 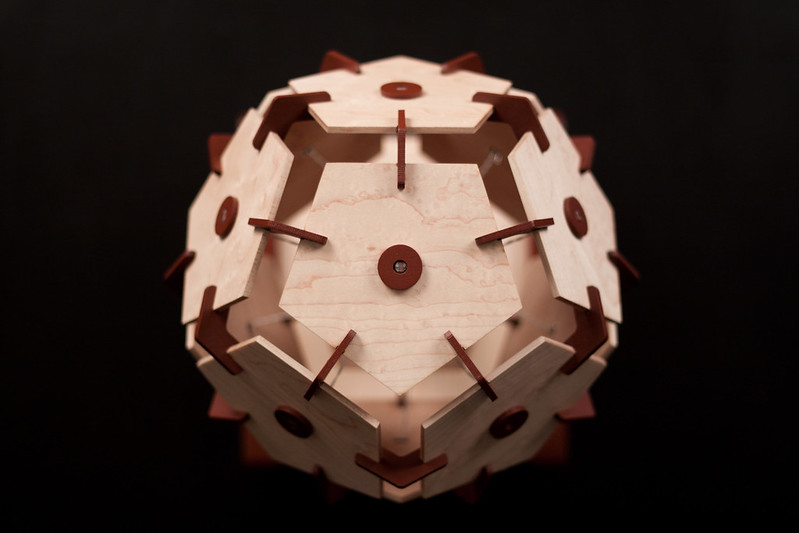 In Norse mythology, Heimdallr is the watchman of the gods, waiting to blow his Gjallarhorn to signal the end of the world, Ragnarök. His hearing is so exceptionally keen that he is able to hear grass growing. It is foretold that Heimdallr and Loki will kill each other during the events of Ragnarök. 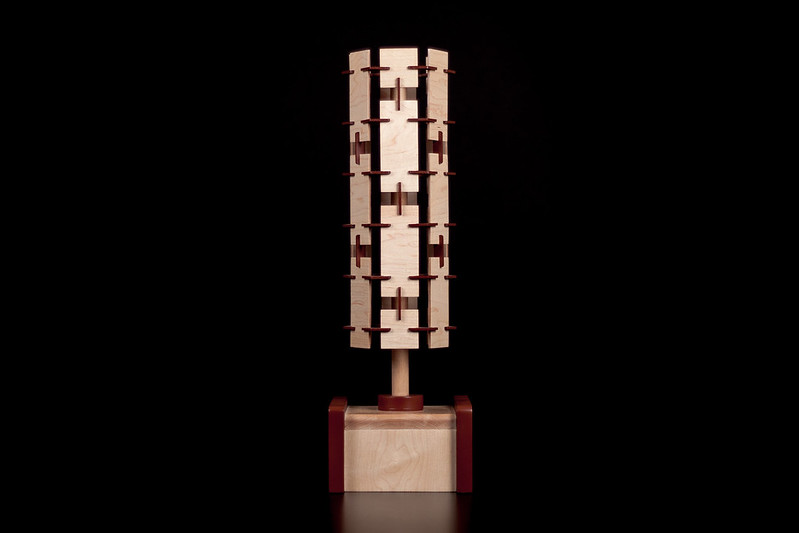 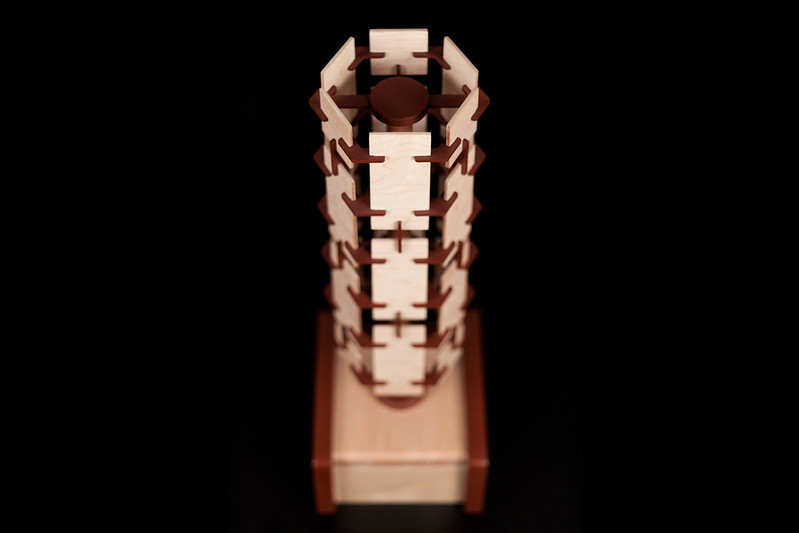 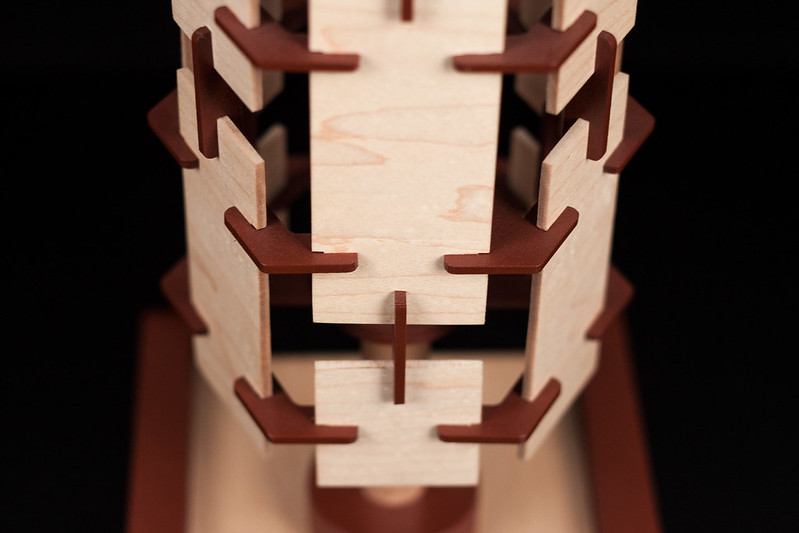 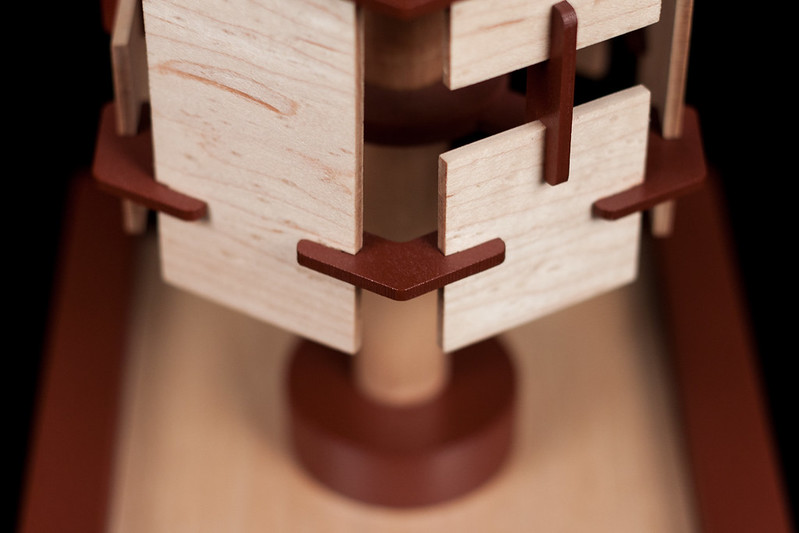 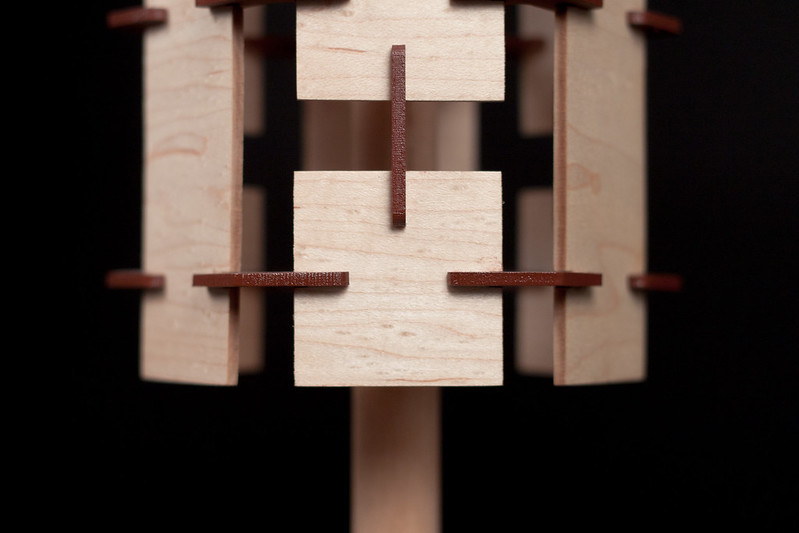 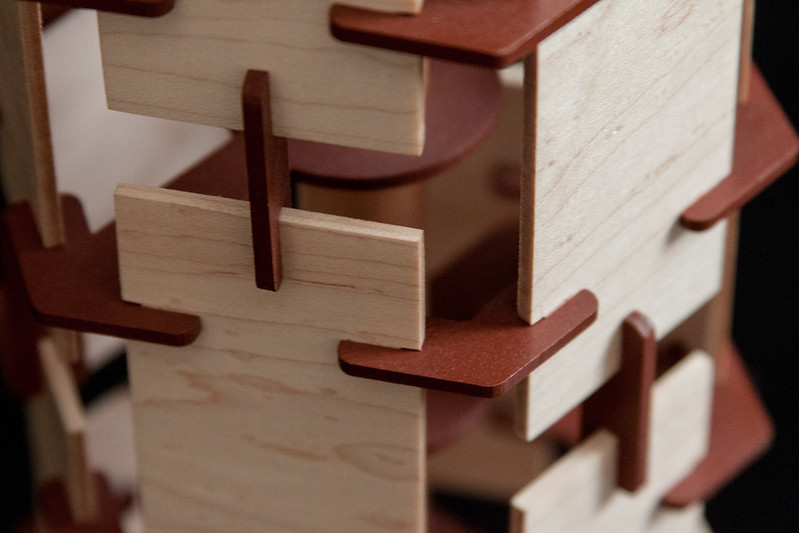 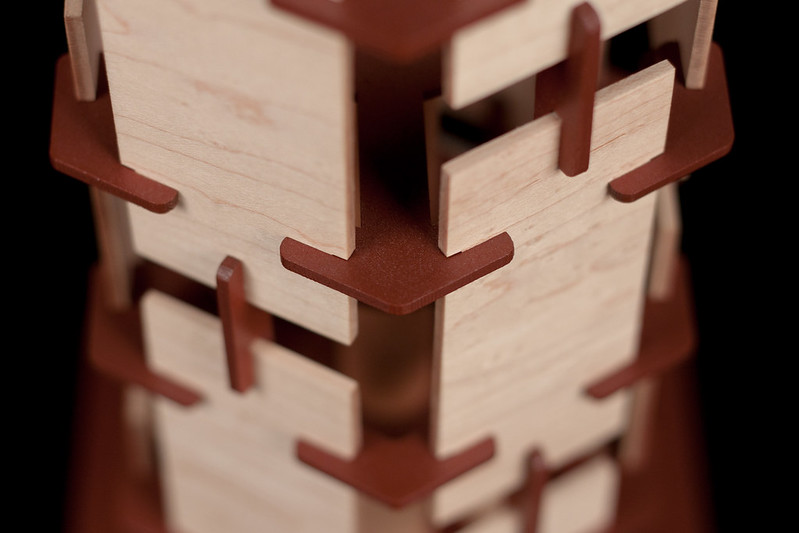 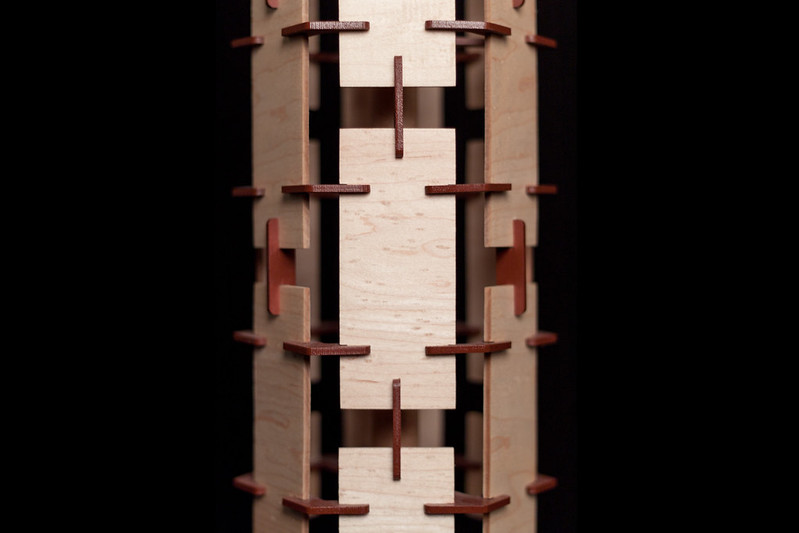 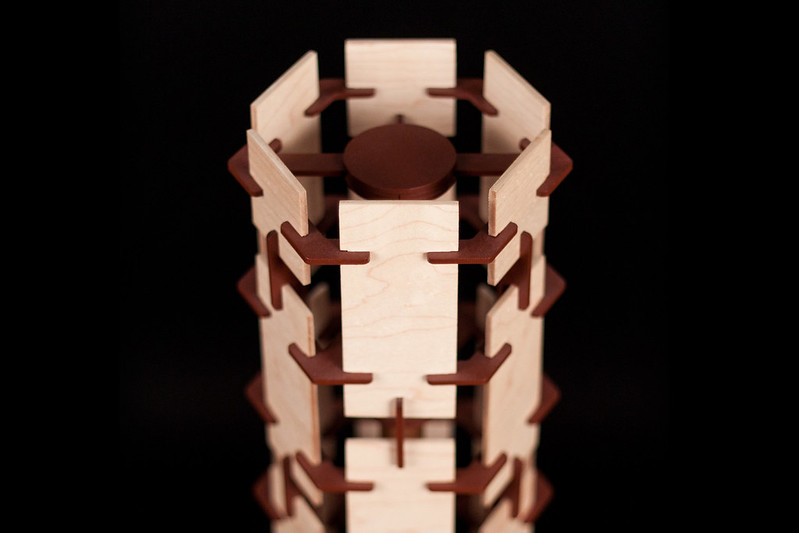 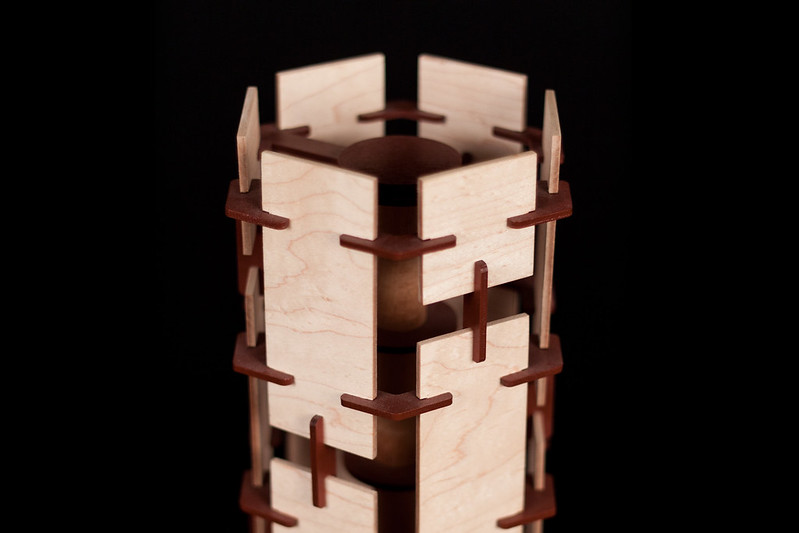 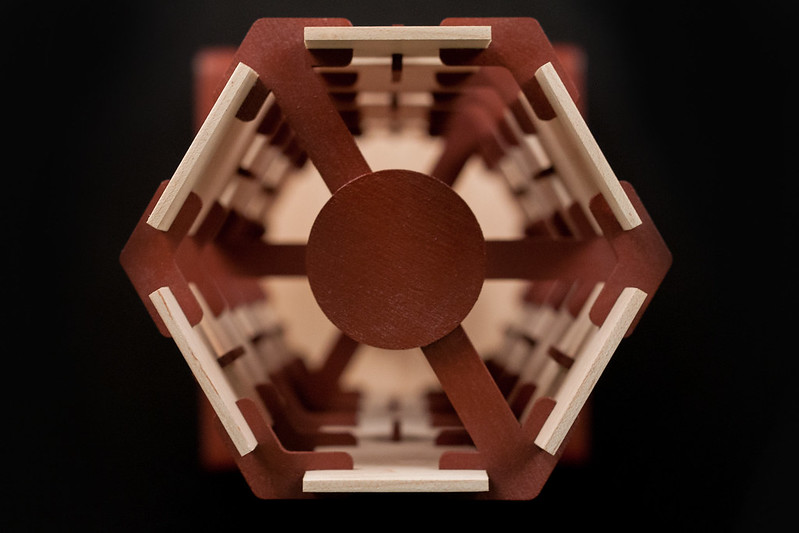 The upper panels were laser-cut from thin sheets of solid birdseye maple. The painted plywood connectors were a compromise because solid wood at that scale and shape wasn’t strong enough to hold the sculpture together.

The bases were built by hand out of solid maple and the central posts were created by hollowing out segments of a maple dowel on a lathe. This was necessary to hide the wires in Argus and the antenna in Heimdallr.

Both sculptures are powered by an external Raspberry Pi. I had originally planned to house the Pi internally along with sound hardware and speakers, but ultimately went for the more flexible option of having it on the outside.

Argus consists of a simple array of eleven photoresistors connected to an Arduino. The Arduino then sends data serially to a Pd patch that generates five tones based on the input.

Heimdallr houses only a USB wifi adapter with a 13 dBi antenna, which connects directly to the Pi. A node.js script running on the Pi monitors wifi signals and produces nine tones based on the input.

This project was created at NYU’s ITP for Danny Rozin‘s Project Development Studio and Tedbot Hayes’s Cooking With Sound. Thanks also to Eric Rosenthal for early input on monitoring wireless signals and Ben Light for fabrication advice.